Leopard In The Laboratory by Anjana Basu buy online 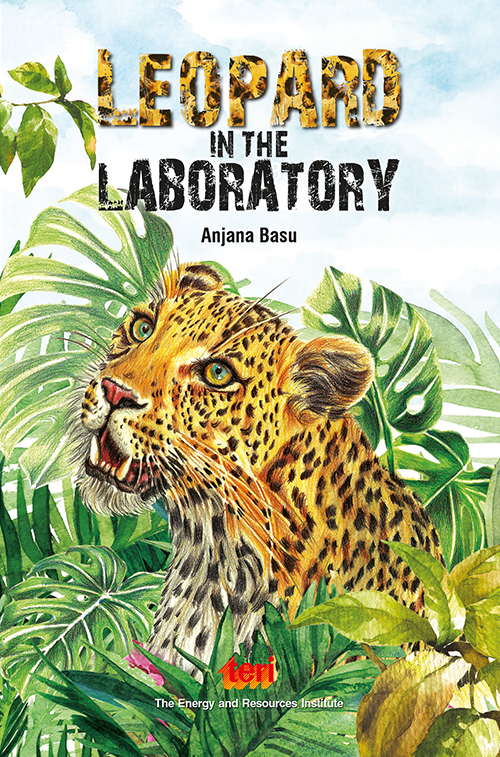 Leopard In The Laboratory

Manjul finds a calf has been killed and people are saying that there is a leopard on the loose. While walking through the forest Manjul is cornered by the leopard. However, a mysterious man, Carpet Sahib, rescues her in the nick of time. In the aftermath of the incident, Manjul fears for the leopard.

Rohan arrives in Nainital for his summer holidays and the two of them discover that the cutting down of trees in the forest is driving the leopard into conflict with the villagers. Someone poisons the leopard’s kill and leaves it lying around, knowing that the big cat will eat it. The leopard does. The result is that Carpet Sahib and the two children have to come to the rescue of the big cat…with rather amazing results!

This is the second book in the Jim Corbett series.

‘One by one the posts flashed past as the train picked up speed, and between them he saw the station sign again. RUDRAPRAYAG and again RUDRAPRAYAG. Then there was utter darkness followed by a growl. Something thudded against the train window and the glass shattered.’ ‘If anyone had told Manjul that she would be sitting in a car next to a leopard she would have called them a liar. But there was a leopard in the car with her though the big cat had slithered over the seat to the back and spread himself out there like a dhurry.’

Anjana Basu was born in Allahabad and began her school life in London. The BBC has broadcast one of her short stories, and her poems have featured in anthologies. She has been published in Gowanus, The Blue Moon Review, and Recursive Angel, to name a few. She has also appeared in The Antigonish Review. The Edinburgh Review and The Saltzburg Review have also featured her work. In 2003, her novel Curses in Ivory was published. In 2004, she was awarded a Hawthornden Fellowship in Scotland, where she worked on her second novel The Black Tongue, which was published in 2007. In February 2010, her children’s novel Chinku and the Wolfboy was published. Her novel Rhythms of Darkness came out in October 2011. Anjana Basu has also worked on film scripts with director Rituparno Ghosh. In the Shadow of the Leaves, the first of the Jim Corbett series was published by TERI in 2014.