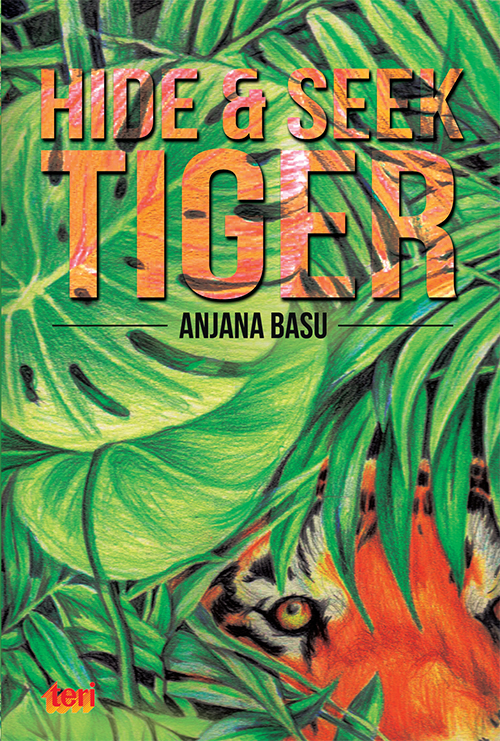 Jhargram in West Bengal, a rocky arid region where no tiger has been seen for years, Royal Bengal or otherwise. But one morning a tiger’s pug marks appear out of nowhere and the villagers in the area are terrified.

Rohan, hearing the news, sets out to visit his uncle’s bungalow near by hoping to discover something. However, even before he reaches the place he finds himself in the heart of an adventure, stumbling upon jackals, elephants and, of course the elusive tiger, which is really lost. A tribal hunting festival is round the corner and things don’t look good at all. However, as Rohan knows, there is always someone he can depend on to come the rescue as long as he is intiger country.

…this is not a book to just skip through. You are so spellbound that you just don’t want to miss a word.
Paro Anand

About the Author:
Anjana Basu was born in Allahabad and began her school life in London. The BBC has broadcast one of her short stories, and her poems have featured in anthologies. She has been published in Gowanus, The Blue Moon Review, and Recursive Angel, to name a few. She has also appeared in The Antigonish Review. The Edinburgh Review and The Saltzburg Review have also featured her work. In 2003, her novel Curses in Ivory was published. In 2004, she was awarded a Hawthornden Fellowship in Scotland, where she worked on her second novel The Black Tongue, which was published in 2007. In February 2010, her children’s novel Chinku and the Wolfboy was published. Her novel Rhythms of Darkness came out in October 2011. Anjana Basu has also worked on film scripts with director Rituparno Ghosh. The earlier titles in the Jim Corbett series were In the Shadow of the Leaves, Leopard in the Laboratory, and Eighteen Tides and a Tiger which was shortlisted for The Hindu Goodbooks fiction award.