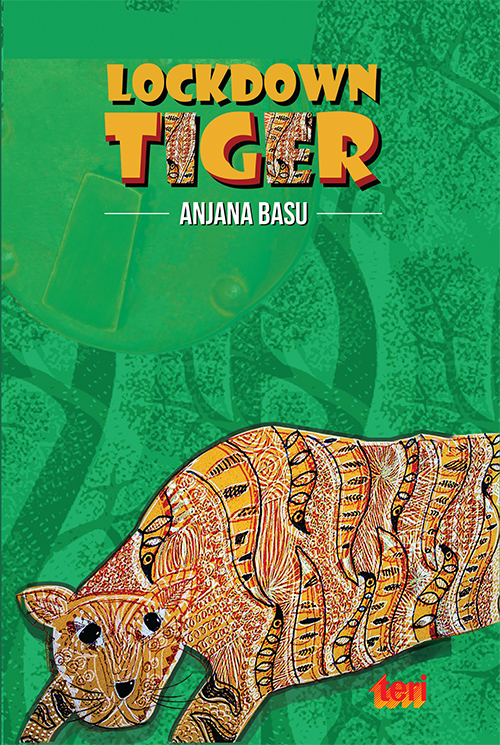 The tiger moved restlessly around the narrow space into which it was penned. There was light and air beyond the long thick stick things that kept it back but no sign of grass. Just a bare stretch of flat stone. Leaf shadows moved across the empty clearing in front with the gusts of wind. Apart from the rustle of the leaves there was no other sound. Nor were there smells of anything on the air. All the tiger could scent were a few stale smells of people and those died when the wind dropped. No scent of monkeys or deer or any of the other jungle creatures he was used to.

It was a young tiger barely old enough to hunt for itself. It was still very confused as to how it had got itself into this narrow space.

A tiger is kidnapped and so is a girl - though not at the same time. They find themselves sharing isolation in a hunting lodge that is rumoured to be haunted, at the mercy of an unknown enemy. Who has locked them in and why? What happens when a young tiger is terrified out of its wits and a girl finds herself locked in and forced to fend for herself? Perhaps call for a ghost to come to the rescue?

Anjana really does get into the tiger’s skin to bring us never seen before insights into the big cat’s world.

About the Author:
Anjana Basu was born in Allahabad and began her school life in London. The BBC has broadcast one of her short stories, and her poems have featured in anthologies. She has been published in Gowanus, The Blue Moon Review, and Recursive Angel, to name a few. She has also appeared in The Antigonish Review. The Edinburgh Review and The Saltzburg Review have also featured her work. In 2003, her novel Curses in Ivory was published. In 2004, she was awarded a Hawthornden Fellowship in Scotland, where she worked on her second novel The Black Tongue, which was published in 2007. In February 2010, her children’s novel Chinku and the Wolfboy was published. Her novel Rhythms of Darkness came out in October 2011. Anjana Basu has also worked on film scripts with director Rituparno Ghosh. The earlier titles in the Jim Corbett series were In the Shadow of the Leaves, Leopard in the Laboratory, Eighteen Tides and a Tiger, which was shortlisted for The Hindu Goodbooks fiction award, and Hide and Seek Tiger.