The Splendour of Lodi Road: My brush with heritage by Ravi Batra buy online 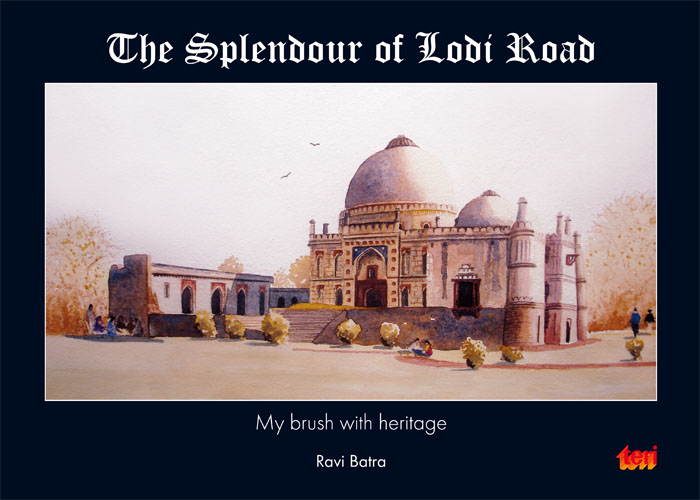 The Splendour of Lodi Road: My brush with heritage

‘The Splendour of Lodi Road is a wonderful “must” for Dilliwallahs as well as for the thousands of tourists and other people who visit this city. Ravi Batra has captured the historical essence of the monuments on this road in utterly delightful paintings. There is a gentle transparency, a lyrical fluidity, a dreamlike impression when reality is rendered in watercolours.’ — Malvika Singh

In the words of Ravi Batra ‘There is perhaps no other road in Delhi, or even the whole world, which connects, over a distance of just four kilometres, a unique heritage – gateways, mosques, tombs, gardens and even a step-well and a bridge. They were built during successive empires and over several centuries, with different architectural styles and building materials. They include Humayun’s Tomb – a UNESCO World Heritage site’. The text provides historical, architectural and anecdotal information on each monument.