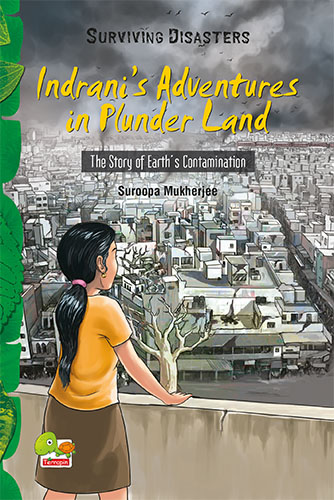 This series of four books deals with hope and the human spirit while facing adversities – both natural and man made. Mixing fact and fiction, these thought-provoking and innovative stories are told from the perspective of their young protagonists, namely, Salim, Chika, Pari, and Indrani. Covering the aftermath of a calamity in some cases and raising a flag of warning to prevent one from occurring in the future in others, the books bring out the role children can play in bringing about change and the responsibility they have as future citizens.

Other titles in the series

Suroopa Mukherjee teaches literature at Delhi University. She also enjoys writing fiction for children and young adults. Her stories combine high adventure and serious issues. She admits that writing for children is rewarding, because children are sharp critics and genuine fans.