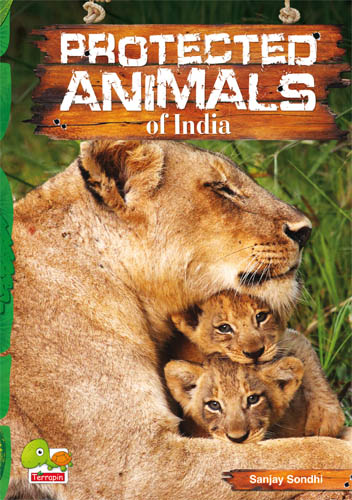 India’s wildlife is facing innumerable threats. The last surviving population of the Asiatic lion, an animal once widespread in the country, is concentrated today in a small pocket of Gujarat. The Indian bullfrog finds itself on the menu card in many restaurants of Goa, while the Himalayan monal, the state bird of Uttarakhand, has been hunted for its colourful crest.

This book features some of the known and less-familiar, mammals, birds, insects, reptiles, amphibians, and other animals that are now ‘protected’ in India. It also relates several successful conservation initiatives and focuses on a number of organizations involved in wildlife protection in the country. Through this book, we hope, we can interest you to do your bit to save India’s depleting biodiversity!