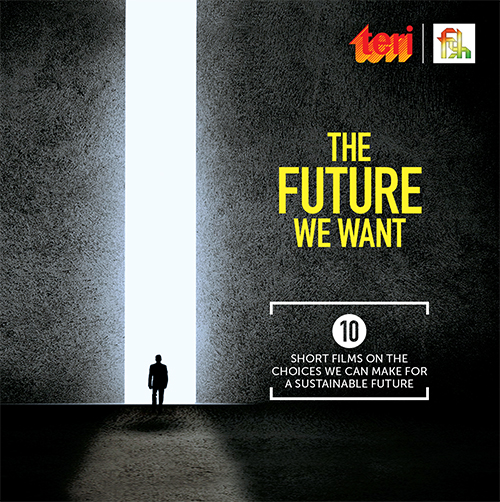 The film series is produced under a grant of Films Division, Ministry of Information and Broadcasting, Government of India. The grant aims to support NGOs active in the field of documentary production to highlight stories in their core areas of work and raise public awareness. The Future We Want is a collection of 10 inspiring stories about individuals and communities in urban India who are demonstrating alternate ways of living and showing us the path towards a clean and sustainable future.

1. Earn From the Sun
Why generate solar energy in a city where there are no power cuts; maybe because you can sell the power back to the grid-a unique model of citizen-generated clean power in India.

2. Stings and Honey
A young man in Pune encourages his neighbourhood to provide safe spaces to host beehives.

3. Solargarh
The story of residents of a small colony in Aligarh, who became the early adopters of solar energy and paved the way for a cleaner future.

5. Out in the Open
The disposal of sanitary napkins through the lens of urban sanitation, menstrual awareness and women’s empowerment.

6. Sustainable Architecture for Tomorrow’s India
Sanjay Prakash’s work, one of India’s leading architects, can inspire many to build homes in sustainable and ecologically responsible ways.

7. Lost and Found
How the custodians of an urban sacred grove saved their treasure trove of biodiversity from the encroaching concrete jungles.

8. Waste to Resource
The story of individuals and communities in Bengaluru who are composting their waste and using it to grow their own food.

9. Swach Across Bharat
Swach’s waste management system in Pune is an environmentally sustainable model. So what will it take to scale it up?

10. Rosie and Peter’s Food Forest
A couple in Goa has converted a piece of degraded land into an abundant and productive kitchen garden and food forest.