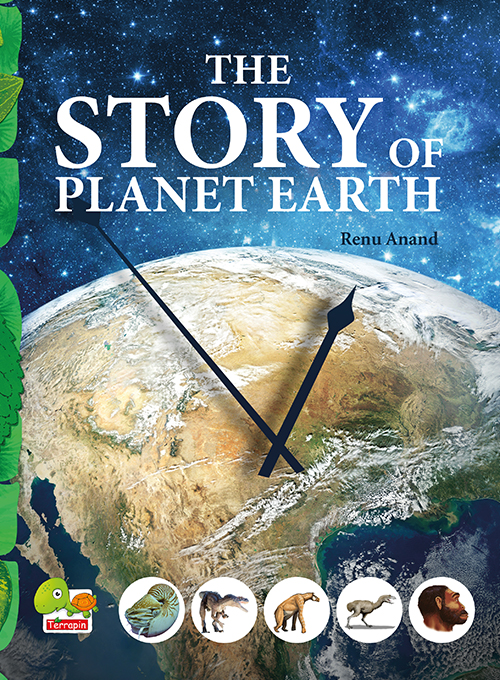 For thousands of years, humans have probed and pondered over our planetary home. How was the Earth formed? How old is it? How did it become a living world? Today, because of our expanded knowledge and the wonders of technology, we know a lot more about Earth than our ancestors. We know that it is an evolving planet, undergoing never-ending changes, perhaps at a pace unequalled in its recent, or even remote, past.

The Story of Planet Earth gives a detailed, yet interesting, account of a lot more aspects related to the creation of Earth – Earth’s origin in light of the Big Bang explosion, arrival of water on its surface, formation of its atmosphere, evolution of life forms from unicellular organisms to giants like dinosaurs, changes from its core to crust… and its current state in terms of unsettling global changes, a majority of which find their roots in our greed and thoughtlessness. The book goes beyond time, into the future, to see what may be in store for our forthcoming generations, if we don’t care about this “home” of ours.

INTRODUCTION
EARTH: A UNIQUE PLANET
THE BIRTH OF EARTH
FORMATION OF THE CONTINENTS

Renu Anand is passionate about the environment. This book, a study of the history of Planet Earth, is her attempt to get young minds to think about this home of ours. An  experienced content developer, she has more than 50 published books that are being used by schools and universities in India. She has written a large number of animal stories too.