Tectonics of the eastern Continental Margin of India by K S R Murthy, A S Subrahmanyam and and V Subrahmanyam buy online 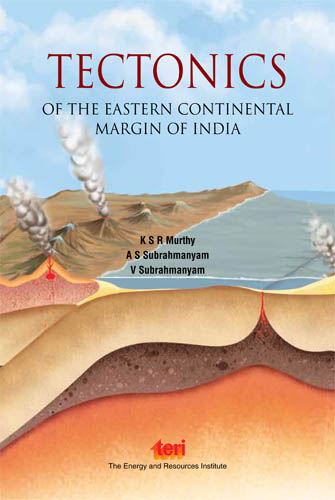 Tectonics of the eastern Continental Margin of India

Passive continental margins are formed within a single lithospheric plate in which the continental crust adjoins the oceanic crust. Assessment of the geological potential of these margins requires a comprehensive knowledge on the history of the ocean—from the time of pre-rifting events to the present.

Tectonics of the Eastern Continental Margin of India presents the different aspects of a passive margin such as its evolution, tectonics, and associated hazards, taking the Eastern Continental Margin of India (ECMI) as a case study. It discusses the passive margin and focuses on its origin, morphology, structure, and exploration potential; describes the major structural lineaments delineated from the geophysical data over the ECMI; and attempts to explain the geodynamic evolution of this passive margin. A preliminary estimate on the seismic hazards associated with ECMI is also presented in the book.

• Based entirely on data collected over the ECMI
• Comprehensive presentation on the passive margins of India
• Useful for students of geosciences and in the field of marine geophysics in particular
• Will serve as a useful database for exploration agencies in their search for hydrocarbons
• Content accompanied by several tables and figures, which visually elucidates the text